The item has been added to your shopping bag.
Shopping Bag

For delivery in Singapore, GST will be calculated at checkout.

Delivery is applicable for Singapore addresses only.

BACK
Add to Bag

Add a personalised message in the gift card.

Personalise your SHERMAY'S - THE NEW MRS LEE'S COOKBOOK: VOL 1 WITH NONYA CURRY POWDER with a name or phrase.
*Please note order processing can take up to 3 additional days. Personalised products cannot be returned and warranty (if applicable) will be void.

Please provide your booking reference to select the flight you would like to deliver your purchases to.
KrisShop will use the personal and flight details that you have submitted to retrieve eligible flights and/or validate your eligibility to purchase an item. This data will be stored and used to fulfil your order.
Which flights are eligible for inflight delivery?

The pre-order service for inflight delivery can be made up to 60 days in advance for the following flights:

Find out more on pre-order service for inflight delivery.

Where to find your booking reference?

Select the flight you'd like the product(s) to be delivered to. Here are the eligible flights from your booking reference.
Booking Reference
My flight is not on the list. Find out more on .

We're sorry, your selection is not available anymore.

The booking reference provided is not eligible to purchase the selected product.

The selected product can only be purchased with a valid flown flight within the last 30 days.

Unfortunately, your account shows less KrisFlyer Miles than are required to purchase this item.

We are not able to find a matching flight.

We're sorry, the information you have provided does not allow you to buy this item.

Not all flights are eligible for pre-order.

This product is not eligible for pre-order to flights with destination in .

To make sure you're eligible for purchasing a travel exclusive item, please provide your booking information.
KrisShop will use the personal and flight details that you have submitted to retrieve eligible flights and/or validate your eligibility to purchase an item. This data will be stored and used to fulfil your order.

Sorry, we couldn't find a valid booking that matches your details.

Maximum quantity allowed to be purchased has been reached.

The Item is Out of Stock for the Chosen Delivery Method.

There is Insufficient Quantity to Add to Bag.

Product Can't Be Added to Your Bag

Gifting services and products can only be purchased as an add on to other products. Either your shopping bag is empty or it contains products that are not eligible for our gifting services.
Close

The Item Was Not Added to Your Bag. Please Try Again.
Close 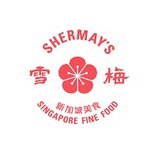 This cookbook is a timeless collection of classic Peranakan recipes by Mrs Lee Chin Koon, first published in 1974. Shermay Lee, granddaughter of Mrs Lee (1907-1980), has recaptured and updated her grandmother's traditional flavours into two fully illustrated cookbooks with the techniques of a professional chef.

Upon its relaunch in 2003, the cookbook won two accolades: the Gourmand World Cookbook Awards 2003: ‘Best Cookbook Award – Special Awards Category (English)’, and the ‘Special Award of the Jury in the Respect of Tradition’.

In 2015, to celebrate Singapore's Jubilee year, Singapore Airlines served several dishes based on recipes from this very cookbook as its special menu. You can now recreate these flavours and dishes in your home kitchen, such as Chicken Curry, Chap Chai, Ayam Buah Keluak and Hokkien Mee Soup.

This half-a-century-old Peranakan heirloom recipe has been recreated from hand-written notes passed down by Shermay’s grandma. The special and secret spice mix won the coveted UK Great Taste Award and is used by Singapore Airlines to make its popular Nonya Chicken Curry. You can now recreate these authentic flavors at home by simply following the recipe on the box.

Its aromatic notes are sweet and earthy, with a distinct touch of turmeric, the signature style of authentic Nonya curry. Add coconut milk to make this delicious creamy mild yellow curry, typically served fragrant rice or bread. The box design has contributions by three renowned Singaporean artists. The flat- pad and light box is perfect for gifting and travel.

PRE-ORDER TO FLIGHT
Pre-order and collect your items on board your next Singapore Airlines or Scoot flight.

Delivery
Choose to have your items delivered to you, anywhere in the world.

Back in Stock Notification

Notify me when the item is back in stock.
Page needs to be refreshed
You have been inactive for a while.